Alzheimer’s Society announced their new research magazine ‘ Care and Cure’. The magazine will be published quaterly and contains news and features on the latest dementia research.

The magazine was created in response to feedback from readers, who wanted to find about the latest in dementia research and the background information to understand it better. 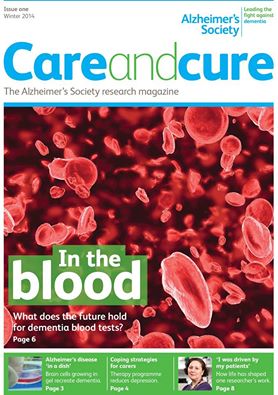 Care and Cure magazine will have regular sections for news, features and insights into research. The first covers several exciting developments including the recreation of Alzheimer’s in a petri dish, the launch of Join Dementia Research to connect more research voluntereers with studies looking for participants, and the announcement of a £30 million programme to kick-start pieces of research that have stalled.

For first issue there’s some interested topic such as :-