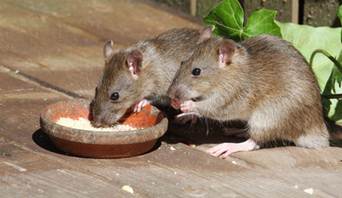 Do you know about Leptospirosis? It is also known by various names such as disease Weil, fever Icterohemorrhage, Disease Swineherd’s, Fever farmers (Rice-field fever), fever Cutting sugar cane (Cane-cutter fever), Swamp fever , Jaundice Bleeding Stuttgart disease and fever Canicola. Leptospirois caused by exposure to the bacterium called ‘Leptospira interrogans’. Infection occurs in humans is usually through contaminated water ear skin and mucus of the nose, mouth and eyes in rats. However, leptospirosis is not causing an infection from human to human. Leptospirosis cases usually increase when the rainy season or flooding. However, until now no record of the actual number of cases of leptospirosis that occurred in the world. World Health Organization (WHO) instead to give an estimate of 0.1 cases or 1 case per 100 000 population per year in the tropics.
Without reasonable justification, leptospirosis often overlooked and not many reports could be made.Often, those involved in outdoor activities or farmers are more at risk for leptospirosis.Complications of this infection, including infection of the brain (meningitis), severe bleeding, liver failure and kidney.

Among the risk factors are:

1) Occupational exposure to the environment – such as farmers, ranchers, soldiers, farmers, workers or veterinarians sewerage system.
2) The recreational activities like swimming in water contaminated with the bacterium Leptospira.
3) Exposure to equipment in the house used for slaughtering, pet dog bites or food animals such as rats, squirrels and rabbits.

1) Leptospirosis don’t have specific symptoms.
2) Generally, the disease incubation period ranging from two to 26 days.
3) At the initial stage it will make the body chills and fever. These symptoms involve 75 to 100 percent of the patients.
4) Dry cough (25-35 percent of patients)
5) Nausea, vomiting, diarrhea, joint pain, bone pain, sore throat, abdominal pain. However it is less common symptoms
6) Conjunctivitis
7) Which of the seven to 40 percent of patients may experience muscle pain, swollen spleen or liver, swollen glands, muscle hardening and rash