The Food and Drug Administration found that a listeria outbreak linked to cheese might have killed one person and sickened four others in four states in America. One of the cases was a pregnant woman who suffered a miscarriage. The listeriosis is linked to Les Freres cheese distributed by Crave Brothers Farmstead Classics, a Winsconsin producer. The FDA said that those sickened were infected with the same strain of listeriosis. 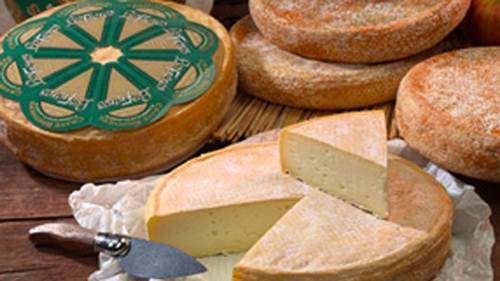 Two cases were found in Minnesota which involving older adults and one later died. The other states involved are Indiana, Illinois and Ohio. The Minnesota health officials are warning consumers not to consume the Les Freres, Petit Frere and Petit Frere with Truffles cheeses. The state’s Department of Agriculture has advised grocery stores and distributors to pull the products until it gets further information.

The people who became ill ranged in age from 31-67 and were diagnosed between May 20 and June 17. The FDA said that there’s a pregnant woman case resulted in a miscarriage.

According to the Centers for Disease Control and Prevention, listeriosis is a serious infection usually caused by eating food contaminated with the bacterium Listeria monocytogenes.The disease primarily affects older adults, pregnant women, newborns and adults with weakened immune systems. A person with listeriosis usually has fever and muscle aches sometimes preceded by diarrhea or other gastrointestinal symptoms. The suffer also have headaches, a stuff neck, confusion, loss of balance or convulsions.

Listeriosis is food poisoning caused by eating foods contaminated with the Listeria monocytogenes (L. monocytogenes) bacterium. In the United States, an estimated 2,500 people become seriously ill with listeriosis each year. In pregnant women, the infection can result in miscarriage, premature delivery, serious infection of the newborn, or even stillbirth.

Listeriosis affects mainly pregnant women, newborns, the elderly, and adults with impaired immune systems. Healthy adults and children sometimes are infected withL. monocytogenes, but they rarely become seriously ill. Babies can be born with listeriosis if their mothers eat contaminated food during pregnancy.

Video about Listeria Infections in humans