WASHINGTON — There is little effective, real-world screening of airline pilots for mental problems despite regulations in the U.S., Europe and elsewhere that say mental health should be part of their regular medical exams, pilots and safety experts said.

The crash of Germanwings Flight 9525 into an Alpine mountain, which killed all 150 people aboard, has raised questions about the mental state of the co-pilot. Authorities believe the 27-year-old German deliberately sought to destroy the Airbus A320 as it flew Tuesday from Barcelona to Duesseldorf.

Technically, doctors are supposed to probe for mental problems, but pilots said that’s usually not how it works.

“There really is no mental health vetting,” said John Gadzinski, a captain with a major U.S. airline and former Navy pilot. In 29 years of physicals from flight surgeons he’s never once been asked about his mental health, he said.

Doug Moss, a Boeing 777 pilot for a major airline, said: “It is a very cursory inspection. If a pilot can just hold a reasonable conversation with a flight surgeon then that generally fulfills his square.”

| One’s Habit and their effect on mental health |

There also is no confidential reporting, Gadzinski said. “If you had a mental health issue, you certainly wouldn’t tell your flight surgeon about that because it goes right to the FAA,” he said.

A negative mental health evaluation would likely cause the FAA to withdraw the pilot’s medical certificate, which means the pilot would no longer be able to fly.

Pilots are also required to disclose existing psychological conditions and medications on health forms they fill out themselves for the FAA. Failure to do so can result in a fine of up to $250,000 and loss of the pilot’s license. The forms include questions about whether a pilot is depressed or has attempted suicide, Gadzinski said.

“Is this really the best way? Ask the guy who is mentally ill if he’s mentally ill and if he says ‘no’ then, hey, we’re good to go?” he said.

Pilots who suffer mild to moderate depression, for which there are many therapies and medications, risk jeopardizing their careers if they seek treatment and that becomes known to the FAA or their airline, Moss said. 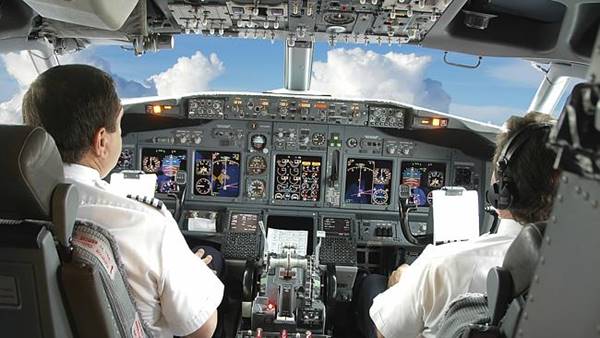 “The price to pay for getting treatment is so disproportionate to the illness that pilots will never seek treatment unless they are severely depressed and suicidal and aware of their issues” and realize that getting help is more important than their job, he said. “There is no one I know of who will do that.”

Mike Karn, president of the Coalition of Airline Pilots Associations, said some airlines and unions collaborate on pilot-to-pilot counseling programs for pilots experiencing stress. The programs are mostly confidential, but promises of confidentiality no longer apply if safety is at risk, he said.

“You really want to create that culture where somebody can just come forward and ask for help,” said Karn, an American Airlines pilot.

Europe has a single standard for pilot medical exams. “These medical assessments are done by doctors with a specialty in aviation health,” said Richard Taylor, a spokesman for the United Kingdom’s Civil Aviation Authority. “They know what to look for, physically and mentally.”

German prosecutors, who are also investigating the crash, said Friday that they’ve found evidence that co-pilot Andreas Lubitz may have hidden an illness. They didn’t identify the illness. Officials for Lufthansa, which owns Germanwings, have said Lubitz performed well on tests of his flying skills and they had no idea he was troubled.

Airlines typically ask pilots to take mental health screening exams when they apply for a job, but follow-up after hiring is cursory at best, experts say.

“If you’ve got 12,000 or 15,000 pilots like American Airlines has … every now and then you’re going to get a crackpot no matter how hard you try,” said Bob Kudwa, a former American Airlines pilot and executive.
– AP