Noise exposure is the main cause of preventable hearing loss all over the world. It now accounts for more than a third of all cases of hearing loss in developed countries – and city dwellers are most at risk. A study published recently in The Lancet revealed that living in a noisy city increases your risk of hearing damage by 64 per cent.

Noise is measured in decibels (dB). Zero decibels is almost complete silence. It is the quietest thing someone with healthy hearing can hear above absolute silence (which is -9dB). A typical conversation is around 60dB, and anything you need to raise your voice to be heard over is probably above 87dB. Prolonged exposure to anything above 85dB, without adequate ear protection, is assumed to be potentially damaging. 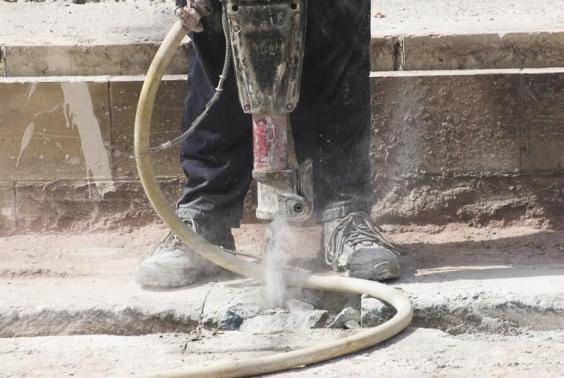 People can be exposed to noise at work, such as a construction site (up to 96dB), or socially, such as a music festival or nightclub (up to 110dB). But you might be exposed to loud noises so constantly throughout the day that you don’t even realise they are there, perhaps from road works (75-105dB) or a noisy pub (around 90dB).

Little more than a disclaimer

Many countries have health and safety regulations to prevent people from damaging their hearing at work. In the UK, anyone exposed to noise levels of 85dB or more in the workplace must be given hearing protection and monitored for damage to their hearing. But mp3 players and mobile phones allow us to exceed that noise level with little more than a disclaimer from the manufacturers.

A typical personal audio device will produce around 100dB, and specialist headphones could take this even higher. If someone were employed to work in a noise level of 100dB, they would not be allowed more than five minutes’ exposure per shift. After about 15 minutes, they would risk serious damage to their hearing.

Inner ear to the brain

Until recently, it was believed that noise-induced hearing loss resulted from damage to the sound-sensing cells in the cochlea, the part of the inner ear that converts vibrations into electrical impulses. But animal studies show that even relatively moderate amounts of noise exposure can cause damage to the auditory nerve – the nerve connecting the inner ear to the brain.

People with suspected hearing loss are usually referred to an audiologist. The audiologist measures hearing by finding the quietest sound a person can hear in a quiet environment. In a soundproof room, the patient wears headphones and the audiologist plays beeps at a number of different frequencies to determine the threshold at which the person can hear “in quiet”.

This is not a complicated test – the brain doesn’t need to perform any tricks to hear, understand and respond to these sounds. The test, however, only measures one aspect of the complex system of highly tuned equipment that provides you with the ability to hear.

Audiologists can measure this by playing the patient a recording of speech and mask this with some background noise. They will then ask the patient to repeat back what the recording said. This isn’t a great way of testing hearing ability as it depends a lot on the ability of the patient to understand and cooperate with the test. It would be better to have an “objective” test, which doesn’t need input from the patient in order to get a good measure, and is independent from their language ability.

At the University of Nottingham, we’re working on an objective test using MRI scans. We hope to be able to detect hidden hearing loss by scanning the parts of the hearing system that connect the ears to the brain. These areas are responsible for processing all sounds (not just speech) and this processing might change once someone’s hearing has been damaged by noise exposure. If we can detect these changes it would bring us closer to being able to diagnose hearing problems earlier and enable specialists provide personalised care such as advice about ear protection.

| TIPS TO CHOOSE THE BEST HEARING AID BEFORE YOU BUY |

Many people who experience hearing losses (hidden or otherwise) also experience hearing phantom sounds such as ringing or static, in a symptom called tinnitus. Another potential symptom is a reduction in tolerance for ordinary sounds (“hyperacusis”). Both of these conditions can be really debilitating for the sufferer and can lead on to other conditions such as depression or a sense of isolation.

Hidden hearing loss, tinnitus and hypersensitivity to sounds lead to a reduction in quality of life and often mean that a person has an increased likelihood of suffering from more severe hearing loss in old age. This makes noise-induced hearing loss a major public health issue, but with an MRI scan we will hopefully be able to understand who is most at risk and act early to prevent further hearing loss. This, in turn, will reduce the demand on valuable healthcare resources and lead to better long-term hearing health in an older population.

Rebecca S Dewey is a research fellow in neuroimaging at Nottingham university. This article first appeared on The Conversation (theconversation.com)