Russia government has make new anti smoking law that came into force this week. The law bans smoking in public areas including workplaces, schools, hospital and stairwells of apartment building. The law also sets minimum prices for cigarettes and allows for higher tobacco taxes. The Russia government forced the law as it is the world’s second largest market for cigarette makers after China and almost 40 percent of their citizens are regular smokers, according to the WHO. The statistics also show about 400,000 or 0.3 percent of Russian population die because of smoking related diseases. 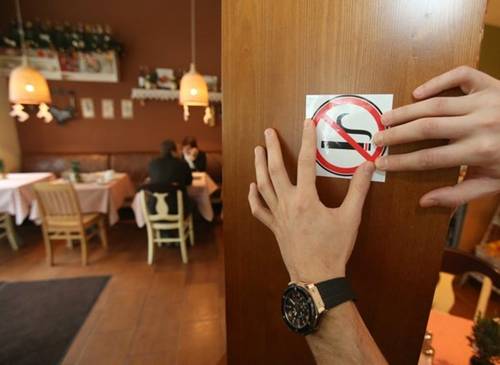 The ban on public smoking will be extended to restaurants and hotels and train stations from June 1, 2014 and sales will be banned in street kiosks small enough for cliente to enter. Russia’s authority cannot yet issue tickets for violations of the law now as amendments setting fines for public smoking aren’t due to be approved by lawmakers until next month. The Health Ministry says smoking levels may be cut in half as a result of the anti-tobacco law and tax increases for cigarettes in Russia.

So, why waste money on cigarettes? My country also increase the price of tobacco and I think that’s good way to make our citizen avoid smoking. If you still have problem to quit smoking, click the picture below