A flesh eating drug has appeared in the United States after being discovered in Russia a decade ago. A street drug called krokodil or crocodile real name is desomorphine and it is similar to morphine and heroin. This flesh eating drug gets its street name from the fact that it turns users skin scaly and causes rough patches to break out all over the body, It also eats its victims alive, just like a crocodile. 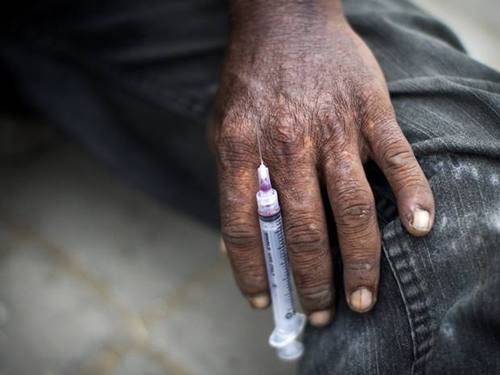 The krokodil is new to the United State as it is originated in Russia a couple years ago. Users found that it was cheaper than meth but had similar effects. It can also be made with simple ingredients. Two cases of people addicted to this flesh eating drug have been reported in Arizona as it is the official first cases in the United States, according to Dr. Frank LoVecchio, director at Banner Good Samaritan Poison and Drug Information Center in Arizona.

The drug is injected into the body with a needle and the skin around the injection site can immediately start to turn rough and scaly as it breaks down and begins to decay. Gangrene can easily set in and many addicts have to amputations just a few years after they start using the drug.

Addiction is scary if you look at the facts on every related weblink. Krokodil is, therefore, dangerous that even those who are able to recover from addiction and stop taking the drug can be left permanently disfigured and scarred. Aside from cosmetic damage, many users lose control of their motor skills and develop speech problems.

The presence of chemicals also makes the body more prone to infection. Immediate effects include visible scarring on the skin and the long term effects are much worse.
Leslie Bloom, CEO of DrugFreeAZ.org, said that despite the drug’s dire consequences, krokodil use is not an outbreak to be fearful of.