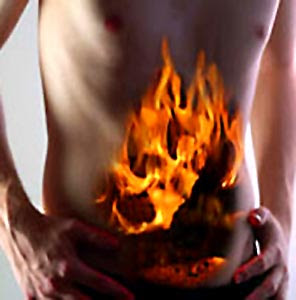 A person with gastric or in medical terms is referred to as’ peptic ulcer disease, often experience heartburn. It often occurs in an empty stomach, especially during late night or early morning.

Pain experienced by people with peptic ulcer disease is different by the level of the disease.  Usually, when heartburn attacks, most patients will immediately eat or drink something like milk or other foods to relieve this pain.
Sometimes,the sufferer will feel better after vomiting. In fact, vomiting can also help to relieve pain.

In addition to heartburn, gastric patients also feel full at the top of the stomach and also often belch. There were also cases that the patient will defecate liquid.One of disease related to gastric patient is peptic ulcer disease.It  is a disease caused by acid in the stomach’s digestive system. It includes diseases ‘ duodenal ulcer ‘,’ Gastric ulcer ‘and’ Reflux Oesophagitis. 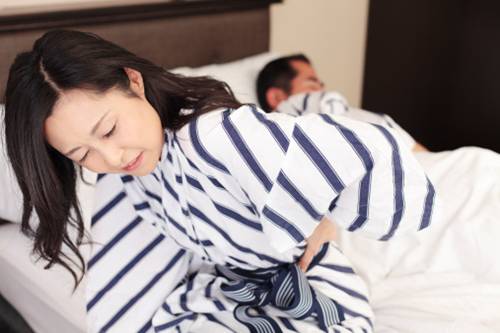 Complications that may occur to the patient include peptic ulcer or gastric bleeding, leakage of stomach wall and stenosis of stomach riveting. All these complications were categorized as severe and life-threatening.

Among the gastric cause is as below:

In terms of gastric symptoms are suffered by a person suffering from gastritis are:

There are three types of medication for gastritis are:

| TIPS TO TREAT YOUR GASTRIC |

In addition to medication, patients need to take care of diet and lifestyle changes to prevent recurrence of gastric attack. Among the changes are required are:

* Eat a healthy diet and regular meals (breakfast, lunch and dinner). In the month of fasting, should be up watches and delaying the pre-dawn meal

* Eat a little, but often

* Cut down on foods deemed to be windy. This food type vary between individuals and modify according to their needs