A new study from the University of Kent has found how aging reduces sleep quality by impacting receptors in the brain. The paper titled ‘Alterations in glutamatergic signaling contribute to the decline of circadian photoentrainment in aged mice’ was published in the journal Neurobiology of Aging. 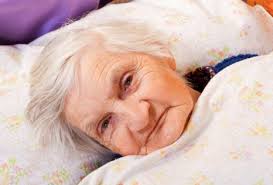 Gurprit Lall, of the University’s Medway School of Pharmacy, along with the rest of the research team identified an impairment in the resetting of the circadian clock in aged mammals. Circadian rhythm refers to the internal 24-hour clock, also known as the sleep and wake cycle of the body. While the brain (specifically, the suprachiasmatic nucleus or SCN) controls the rhythm, it can also be influenced by external factors such as lightness and darkness.

Researchers identified a difference between the mice with regards to the NMDA receptor, which is used to transmit light information and ultimately reset behavioral circadian rhythms. The ability was significantly reduced in aged mice compared to the young ones.

A component of the NMDA receptor showed a notable decrease in presence among older mammals, as the researchers observed an age-associated change in structural configuration. This was said to be responsible for the declining light response among older people. Due to a reduction in circadian resetting to light, sleeping patterns and general wellbeing face consequent threats. In addition, the study also examined responses of the pupil.

“We assessed age-related retinal function through the pupillary response to light in our animals, to determine if changes in sensitivity in the eye could explain the attenuated phase resetting to light,” the authors wrote. It was revealed that even at the brightest light intensities, the pupils of both young and old mice experienced identical constrictions. While the pupillary response to light does not differ with age, the study does cite that older people do tend to have a smaller pupil compared to younger counterparts.

The aging SCN suffers from a structural reorganization of its light receiving components, the study stated in conclusion. This was found to affect its ability to set and maintain a stable circadian rhythm. The breakthrough could help in designing treatments that aim to improve both physiological and behavioral circadian clock “re-setting” in older people.